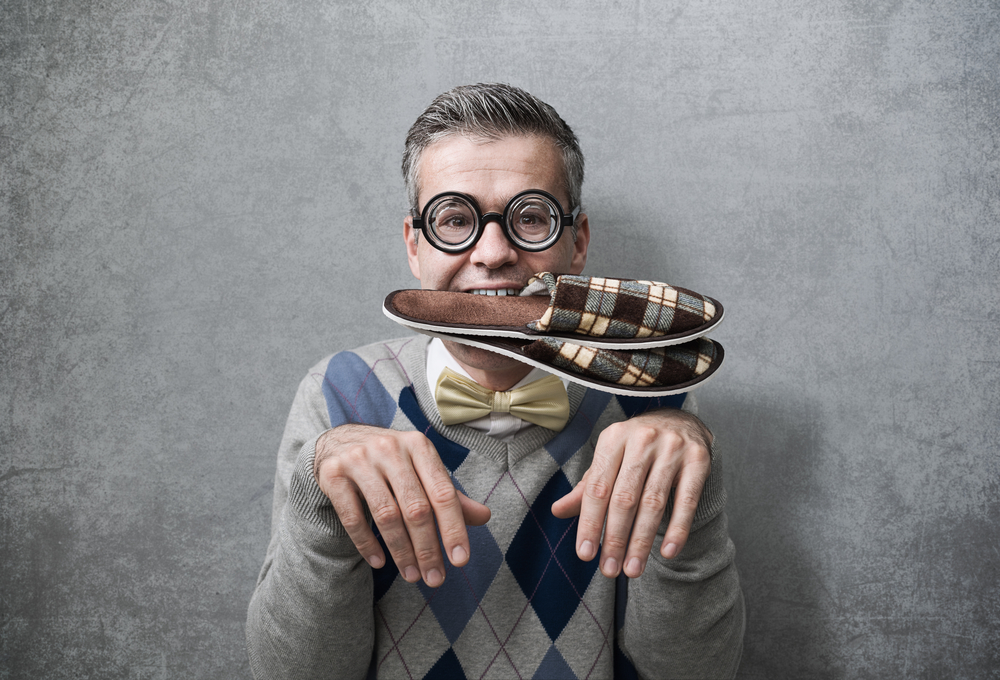 Lets talk a bit about submissive men and their urges, as well as reasons for them to be who they are and how they are. It is a very interesting topic that reaches deep into their personality core, with many aspects that can be different from man to man, yet with so many similarities on a general level. I have been thoroughly studying this aspect throughout the years of being a Mistress and I can proudly say that I have quite a huge knowledge pool about this topic.

Her pleasure is always the main goal!

When a submissive man dedicates his whole life to his Mistress, serving her and pleasing her every desire, there is no greater reward than the praise She treats him with, every once in a while, when in a very good mood because of something he did. Could there be a greater feeling than making happy the Goddess Herself, even if the process of learning how to properly do it might include pain and humiliation, sometimes? No! Serving Her and making Her happy is the ultimate reward for every proper and hard working sub. But, the question is- what makes men want to completely ignore every personal desire, just because they put as a highest priority serving Her? What makes them want to give up on every aspect of their freedom and responsibility? The answer is rooted deeply in their personalities and although in mainstream society it might all sound oppressing, it is exactly what these men are after, because it gives them a sense of freedom and peace of mind that they can not have in any other way. It takes all the stress and anxiety away and leaves them obedient, hard working and happy every time their Mistress praises them. It also means that, to learn how to properly serve their Goddess, they might experience strict trainings and physical pain, but those are all prices worth of paying to get rid of all the everyday pressures of the world.

The type of desire to satisfy a Woman is very similar to husbands and boyfriends wanting to keep their wives and girlfriends happy, the main difference, roughly speaking is that slaves take it to a completely different and much higher level, which might not be understandable to other men. They take it to the level of ultimate dedication, highest priority and all they want and hope for, in return is Her satisfaction and praise, as ultimate reward, since She is the higher being, She belongs to the gender that holds power. Dedicating themselves to a Woman, and making her happy like no other man is a real deal here. Another reason for men to want to serve Women is also the fact that serving is tightly connected with discipline and strict training, quite often punishments and pain, which are their essential needs a mainstream partner can not properly satisfy. The power exchange needs to be very particular and the holder is always a Woman. Mistresses can help men cope with their psychological or sexual desires that they feel ashamed of or they need someone to take control over them and guide them through life, making sure to give a feedback when they did or did not do good, with following consequences. Mistress teacher her sub to be a better man and a better partner through their connection. For a man, the object of pleasure is a woman, and he is doing his best to satisfy his own needs, but for a truly submissive one, the pleasure of a Woman is their object and the only purpose they are after.

Submissive men start their serving by learning about their Mistress, getting to know her and her desires, what are her likes and dislikes, her needs and the little luxuries that make her feel good, they put her pleasure as first and only pleasure there is. In every way they can do it, submissive men make themselves available to their Woman, and that creates very particular and high levels of intimacy between them, which are essential for submissive men to feel safe and worthy. Throughout the relationship, they discuss the most intimate desires and thoughts, kinks and fetishes without the fear of being judged and work on putting that knowledge into actions, so both of them could benefit, in their own, specific way. As their relationship is developing, the bond is becoming stronger and deeper, reaching levels both of them discover for the first time. As someone who has been into this for a long, long time, I can say that with each sub, I have felt different and very particular, since each relationship had or still has very authentic and personal context. There are no two same or even similar relationships, since they all mix up layers of consciousness and hidden desires each one of us has, making something unique, for each couple.

Trusting your Mistress is essential!

So, in addition to all this, I have to say that a man enters this kind of a relationship willingly, being fully aware that all his needs, urges and desires are going to be controlled by Her, which is exactly what he needs, since only that way he can relax in a trusting, loving and fully controlled surroundings, where he can feel safe. This relationship has a certain structure- Top or Dominant, and bottoms or submissives. First ones hold the power and second ones are powerless and obedient. A specific type of people have the flexibility of changing roles, and they are called Switches. The levels of surrendering their mental and/ or physical control to the Dominant can be different for each sub, and mostly they are not done right away, but built up over time, while developing their relationship and through consensual verbal or written agreement that is actually some form of a contract between partners. Levels of control can also be flexible depending on the session. One of the main traditions or rules of BDSM relationship/ scenes is that they need to be done in a SSC manner, or safe, sane and consensual, by adults who are willingly and responsibly interacting. Each partner can change their mind at any point, and it is usually done by saying a so called safe word, which is agreed and defined before doing anything else. Three aspects of BDSM are dominance and submission, bondage and discipline and sadism and masochism, they can be combined or done on their own, depending on the agreement between partners.

How does a Woman feel, having a slave?

The next question, that is tightly connected with our topic here is- why do some women feel like being Dominants? To have a serving slave, you also need the one to be served, in order to have a working system that makes sense. It is obvious that this concept works for thousands of years, ignoring society structures, various changes of people throughout the centuries, so it would be naive to even question the power of impact it has on each individual who has tried it. Women, as well as men can find the ultimate satisfaction in being the high ones, the divine ones, the Goddesses and it feeds some of their needs, as much as it feeds the needs of men. Every need of a Dominant woman is met, satisfying her as well as a man, since he caused the satisfaction with his own actions. To make it possible and smooth, Dominant women need to train their slaves, to teach them proper behavior and understand their needs way deeper than just mainstream ones, and it is all Her part of the responsibility, in the relationship. With great power goes great responsibility, they say and in this kind of a relationship it is as true as it goes. Taking the responsibility off a man’s back, She has of it, being the one who decided and guides and has all the power. Some women like training their slaves, because it gives them the satisfying feeling of taking the rightful role in society, being the powerful ones, and although they do not enjoy causing pain on it’s own, they enjoy knowing that they have power to do it at any point. Pain has it’s purpose in the relationship and it is being used with a purpose.

It is not always what it seems!

Sometimes or quite often, it might seem as the Dominants do not care about their slaves or treat them badly, but it is exactly the opposite. Everything they do, they do it with love and ultimate care for their subs, with their mental and emotional benefit in mind, which is exactly what feels like the most magical and enchanting aspect of relationships between Dominants and submissives. Which brings us to the last, but not least important aspect of this topic- what are qualities a woman needs to have to be a Dominant worth of worshiping?

It is always a two sided relationship!

In short- she should be able to lead a man, which means she has to have experience and emotional stability, she needs to be compassionate, trustworthy and observant. Many misconceptions about Mistresses and their subs are based in plain observing by ignorant people without trying to understand the essence of what makes the bond so particular and strong. If she is a natural leader, the one who is able to notice fine details and make conclusions, if she is able to feel the other one and intuitively know whats the right thing to do, it makes perfect sense for her to be a woman in charge, the one who knows her power and the responsibility she has. Trust comes as a natural and very logical aspect of the setting, because the one who is willingly going to give up on his freedoms and dedicate his life to serving his Mistress, needs to have basic trust and to know that She wants the best for him, as their relationship and connection is developing and getting deeper and deeper. The slave needs to be sure and not to even feel like questioning his Mistress, because she is reliable in words and actions and consistent in her efforts to make a better partner out of him. She always knows her slaves limits and never pushes beyond what makes sense or has the wanted effect for both of them. Whatever she might be doing, it is always from the point of love and wanting the best for her sub. Being by the side of a powerful woman, being appreciated by her for everything that a man is doing is cathartic and highly motivating.

Everything I explained here, I mean it and stand for it, I am constantly learning and developing along the way and reaching new levels of self consciousness with the help of my priceless submissives.

This may be a good place to introduce yourself and your site or include some credits.